Why leaving the EU on WTO would see the UK THRIVE!

1. It will allow the UK to cash in, not crash out - the UK will not have to pay the £39billion divorce bill

2. It avoids the corrosive uncertainty which the transition period would bring

3. The UK will be able to use administrative measures to solve Irish border issue, without the need for a backstop

4. After resolving the Irish border issue, the UK as a whole will be able to enter a Canada +++ style free trade deal, such as the one suggested by Donald Tusk

5. WTO is a safe haven, not a hard option. Six of the EU’s top 10 trading partners trade under WTO rules

6. UK exports to countries trading on WTO terms have grown 3x faster than to the Single Market

7. EU tariffs on exports from the UK would amount to less than half the UK’s current net contribution to the EU budget

8. The UK is already a WTO member so would not need to rejoin it

9. We can start to trade on the new tariff schedules as soon as we leave, without waiting for agreement from other WTO members

10. The UK is making good progress in replicating the EU’s most important preferential trade arrangements. Switzerland has already agreed to carry over existing preferences

11. The UK could take up Japan’s invitation to join the Trans-Pacific Partnership

12. Bilateral trade deals do not have to take a long time to renegotiate. The average renegotiation time is 28 months

13. “Micro” trade agreements will not be a big issue

14. Scares about delays to imports are ‘ludicrous’, because Britain will control its borders

15. There will be no medicine shortages

16. There will be no food shortages

17. Manufacturing supply chains and other goods deliveries will not be significantly affected

18. The UK will not run out of clean water

19. HMRC’s computer systems will be able to handle extra customs declarations, even if its new system is not fully online

20. France is determined to prevent delays at Calais for fear of losing trade to Belgian and Dutch port

22. Planes will continue to fly to and from the EU

23. Planes will continue to fly to the US and elsewhere

24. Aircraft manufacturers will still be able to export parts, such as Airbus wings, despite claims to the contrary

25. British haulage companies will still be able to operate between the UK and the EU

26. Trade in animals, plants and food will continue after Brexit

27. UK citizens will not face high mobile phone roaming charges when travelling to the EU

28. UK car manufacturers have obtained approvals to sell their models to the EU

29. New VAT rules will not affect the cash flow of importers

30. British opera singers, musicians and other performers will still be able to tour the EU

These are Lord Peter Lilley's 30 reasons to embrace a WTO Brexit, if you agree sign up free as a supporter by clicking below now!

Read: "The Brexit vote is SPLIT but we must say NO to the Lib, Lab, CON!"
Read: "Campaign LAUNCHED- End the Lib Lab CON!" 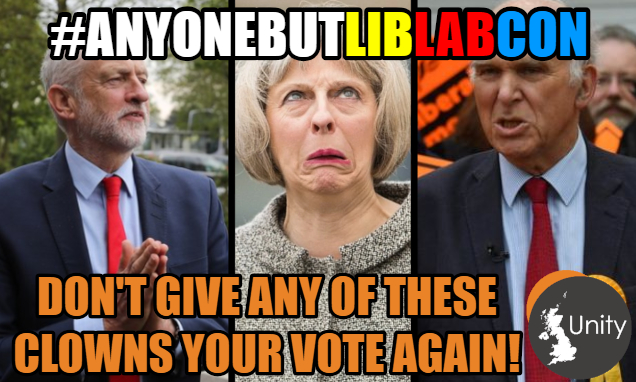