When you read about the benefits this JIHADI got you will be SICKENED!

27 year old Muhammad Abid was a trained and brutal Jihadi planning on committing mass murder and atrocities across London and the rest of the UK. All the while he was living a life of luxury paid for by the British Taxpayer! It has stunningly been revealed that he had two council houses. One for him and one for his wife as well as receiving tens of thousands in benefit payments! 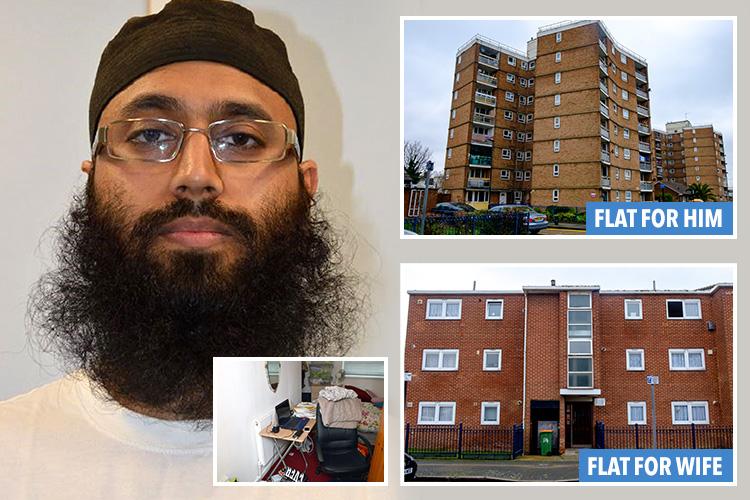 He has been jailed for a paltry 4 years alongside two other men over a plan to brainwash boys as young as 11. They wanted to teach youngsters to drive cars 'like Mujahideen' before equipping them with weapons to carry out terrorist spectaculars at targets including Big Ben, Heathrow Airport and Westfield shopping centre.

Abid conned his way to two council flats by stating his wife needed her own because she 'wanted her independence'. He used pricey lawyers to demand a second taxpayer-funded home from Newham Council and they gave them one. Abid also claimed benefits for being his wife Juwayriyah Noor's carer, despite living apart from her in this East London tower block. He informed the council she was suffering 'stress and depression' and required full-time care. Abid told the court: "She wanted to maintain her independence from myself and, number two, because of her health conditions."

A spokesperson for Newham Council said: "The council was not aware that they were a couple until after the husband's arrest. They have never been dealt with by our housing service as a couple."

The father-of-three was British born and brought up in Dewsbury, West Yorkshire where three of the four 7/7 bombers came from.