When Justin met Sadiq... This is HILARIOUS!

Even though 60 people have already been murdered this year in London Sadiq Khan could not resist the opportunity for a photo shot with right on politically correct Canadian Prime Minister Justin Trudeau. Trudeau was in London for a whistlestop visit and went to a conference with schoolchildren along with the new Prime Minister of New Zealand Jacinda Ardern. 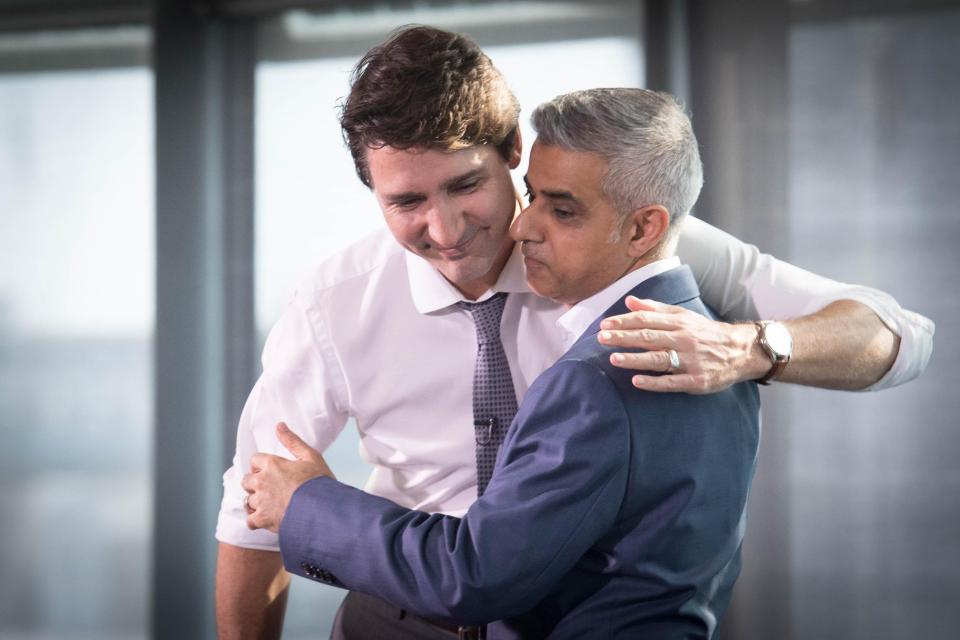 The Mayor of London introduced the two of them by saying gushingly: "We have got two of the leading feminists in the world, they are in positions of power and influence and they are amazing people!"

The mayor welcomed them to City Hall ahead of their Commonwealth Heads of Government Meeting in the capital. They discussed gender equality with schoolchildren in an event marking 100 years since some British women secured the vote.

Trudeau said he was raising his sons and his daughter to be feminists:  "If you think about it, we are in a situation where men are unfairly given more opportunities, more power and more weight to what they say and do because we have an imbalance in our society. Well, the men have to be encouraged and brought along and use that extra power and weight we give them to be part of making equality happen, to be part of the solution."

No questions of course were asked about Acid Attacks, Rape Gangs and Knife Attacks...

Click here to sign up if you think Sadiq Khan is a disaster and should be SACKED!

Read: "What the Government is doing over Nelson's Column in Trafalgar Square will make you MAD!"
Read: "House of Lords in Brexit OUTRAGE!"
Do you like this post?
Tweet