Thousands of people have rallied in support of the NHS as it struggles to cope with patient demand and severe lack of funding. 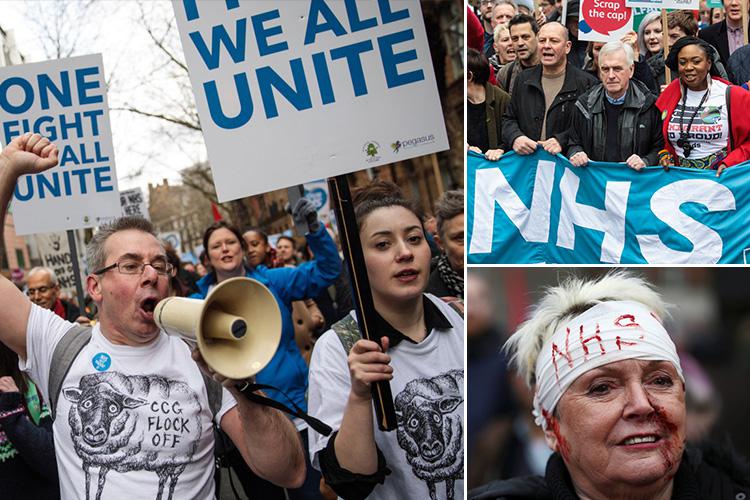 The rally was organised by the People's Assembly and Health Campaigns Together.

They said: "It is time this Government stops blaming patients, nurses, doctors, immigrants, flu and the elderly for their shortcomings."

The protesters waved banners saying: "Save our NHS"; "More staff. More Beds. More funds"; and "Kick the Tories out".

It is thought that a lot of left-leaning anti-tory supporting people were mainly taking part in the rally.  This comes as viscous elements of the 'momentum' campaign rage against members of the Tory party, as seen with Rees-Moggs at a University event, where he was attacked by a member of 'Momentum', people were saying it was shocking.