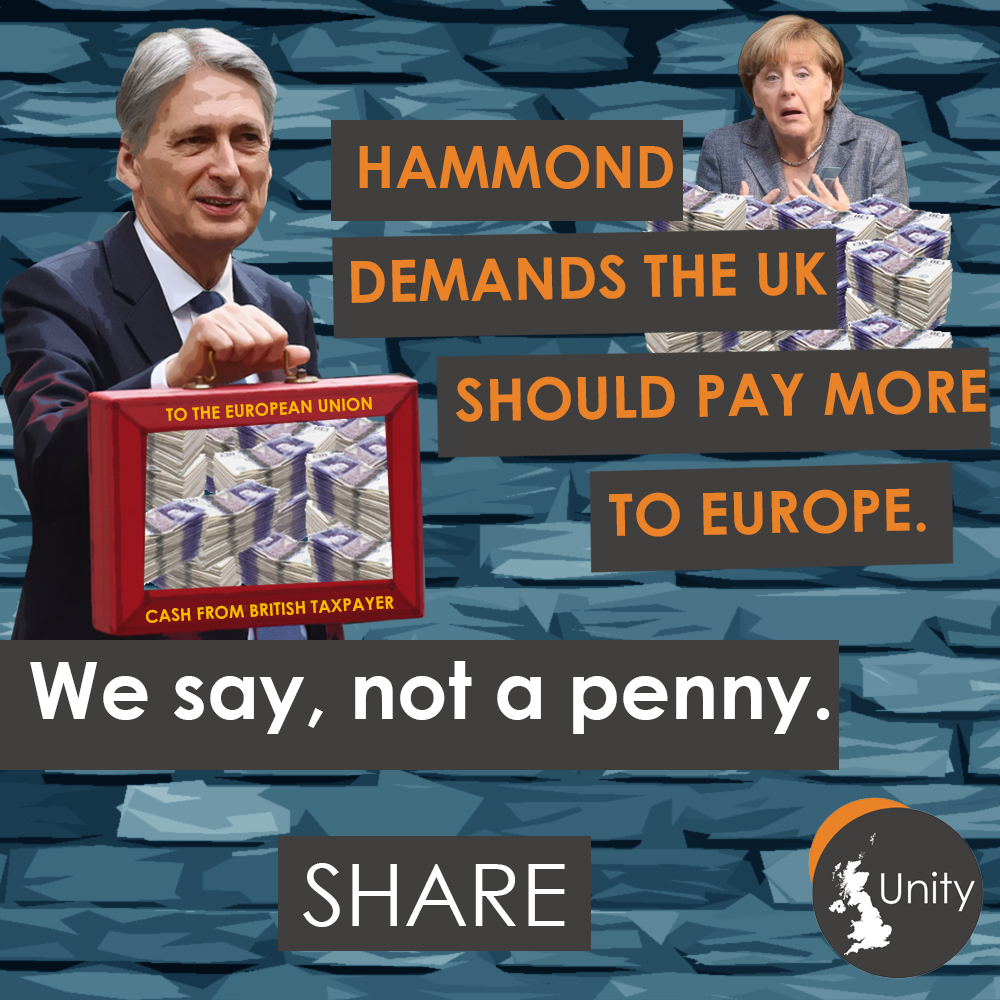 The United Kingdom has the 5th largest economy in the world.  We were a top contributor to the EU budget for decades, and it is now clear that the EU elite will not let us go without charging us tens of billions; money that could be spent on our NHS, but Hammond wants it to be in the hands of those in Europe.

The British people will not appreciate being deceived by Phillip Hammond, as he so desperately tries to get the best deal for Europe, and the worst one for his own country, the United Kingdom.

UK unity wants to unite the United Kingdom, as we leave the European Union.  We must put pressure on Phillip Hammond, who clearly wants to use his position of power to undermine the democratic right of those who have expressed their will to leave this undemocratic and shambolic European Union.

Mr Hammond must start putting the interests of the UK first, and not Europe – otherwise the British people will have a lot to say.

Please send a message to the EU-elites and the politicians who just don’t listen, by signing up here: www.ukunity.org.uk/support 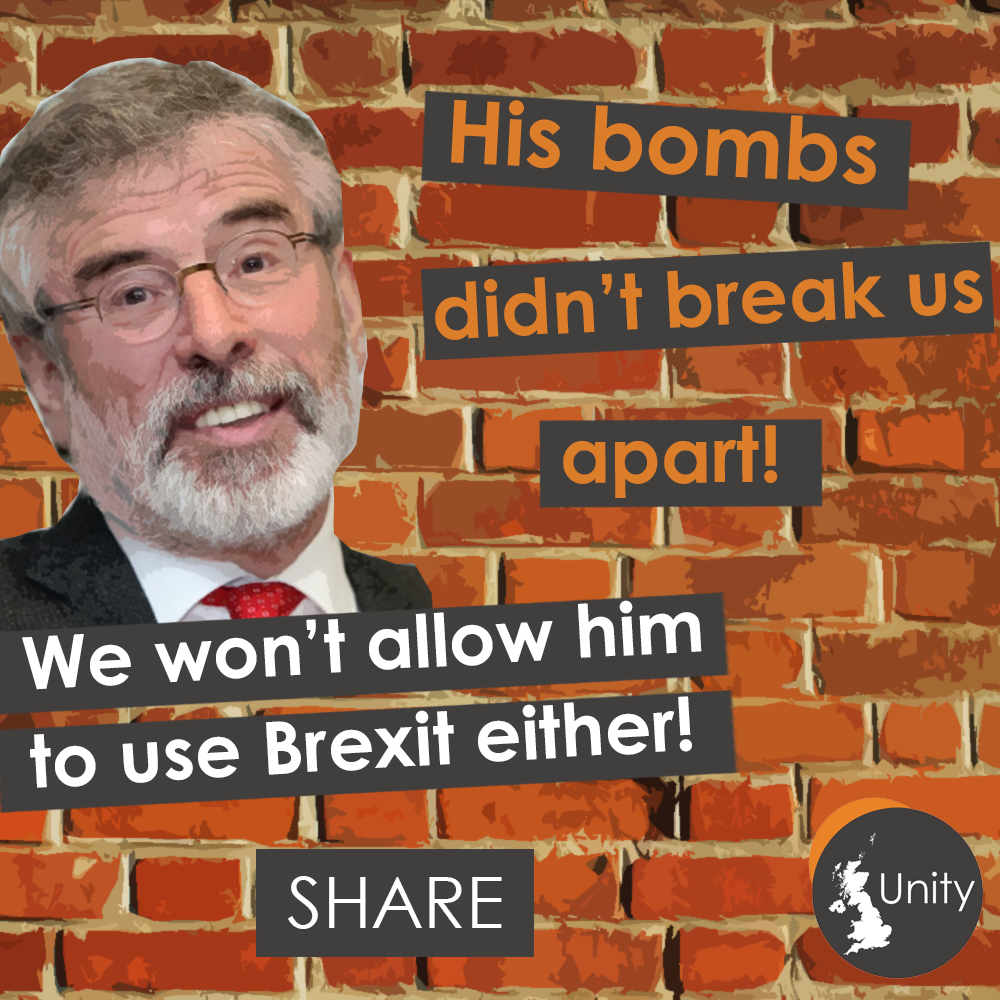