Paris is now a Migrant Ghetto, what is happening across France is Unbelievable!

When the boyishly charming Emmanuel Macron was elected President of France he promised that things would be different. Well they certainly appear to be going in an extreme direction it would have been hard to imagine. Paris has always had a strong multi-cultural element to it but recent stories coming out of it as a result of the immigration of the last few years is sickening. 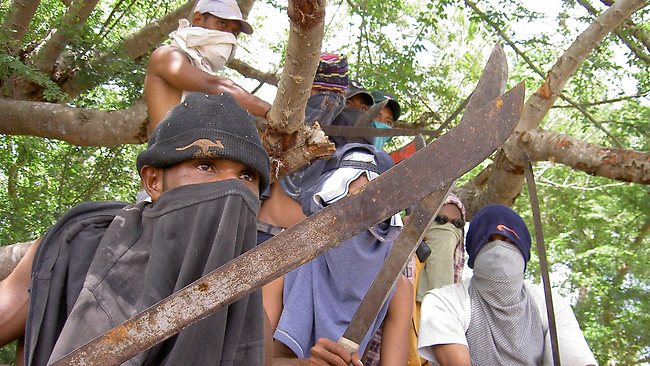 Two immigrants from Sri Lanka who were wearing sinister hoodies and faces covered with scarves recently stormed into a restaurant in the La Chapelle area around 9:30 pm armed with a machete and a sabre. The pair instantly attacked the victim, cutting at his scalp as well as cutting off one of his hands and his arm.

The 35-year-old victim is in a critical condition at a local hospital as a result of the scalping. A source within the French Police has said that the motive for the brutal attack is related to vendettas within the community and a scalping is seen as the best way to deal with it.

In other incredible recent developments three migrants from Cape Verde in Africa were arrested in the Paris suburb of Clichy-sous-Bois after they randomly one evening. The three men kicked, punched, and bit off parts of the man’s ear, cheek, and lip and are said to have eaten the pieces. The African men now face CANNIBALISM Charges!

Each day in France there are now around 800 violent attacks per day and the risk of terrorism remains significant. Every night cars are torched and in Marseille and other cities no go areas are rife and only heavily armed police are able to enter.With Charlie Hebdo and the Nice Truck Attack would you really want to visit Paris or even France anytime soon?

Do you agree we need out this disgusting EU now?

Read: "What is going in Sweden because of Immigration is a lesson to the world... Its CRAZY!"
Read: "Government plans to build more Prisons.... You won't believe where?!"
Do you like this post?
Tweet