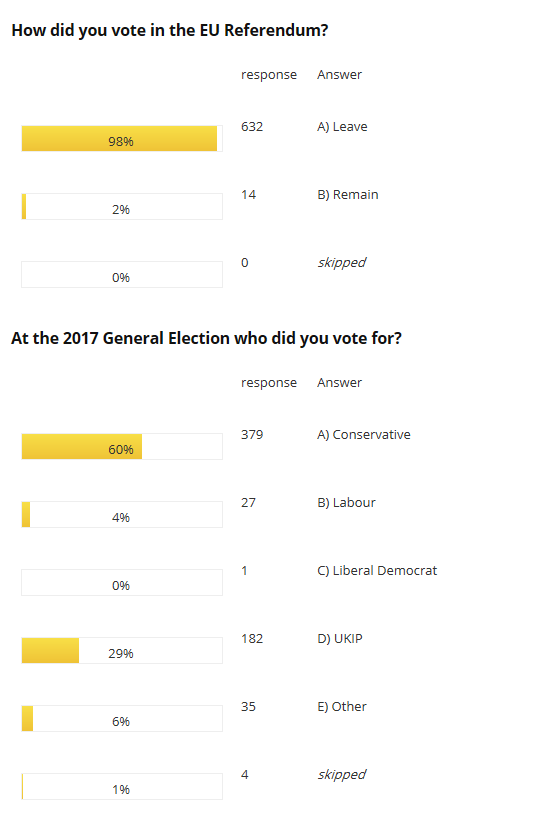 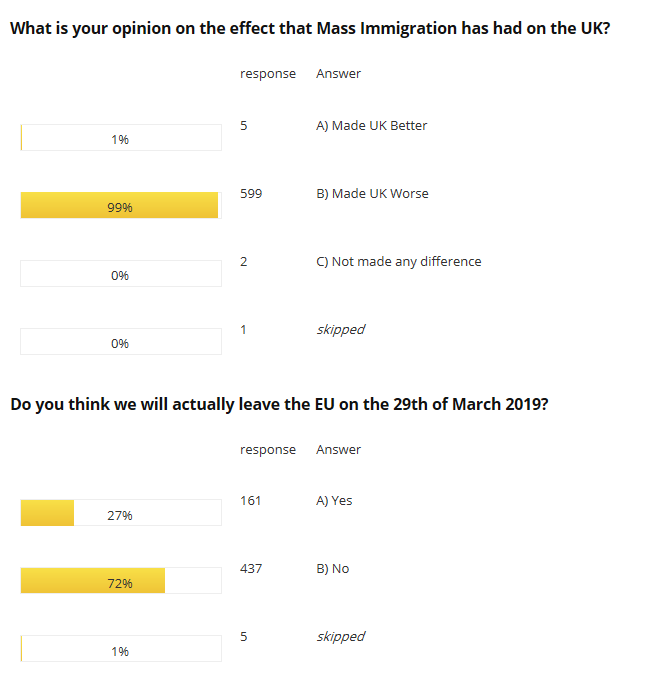 99% of people feel that Mass Immigration has made the UK worse yet we note with interest that the current Government, Labour, the media etc barely even mention this topic now which is one of the main reasons many voted to leave the EU. Only 27% of you believe we will actually leave the EU on the 29th of March. 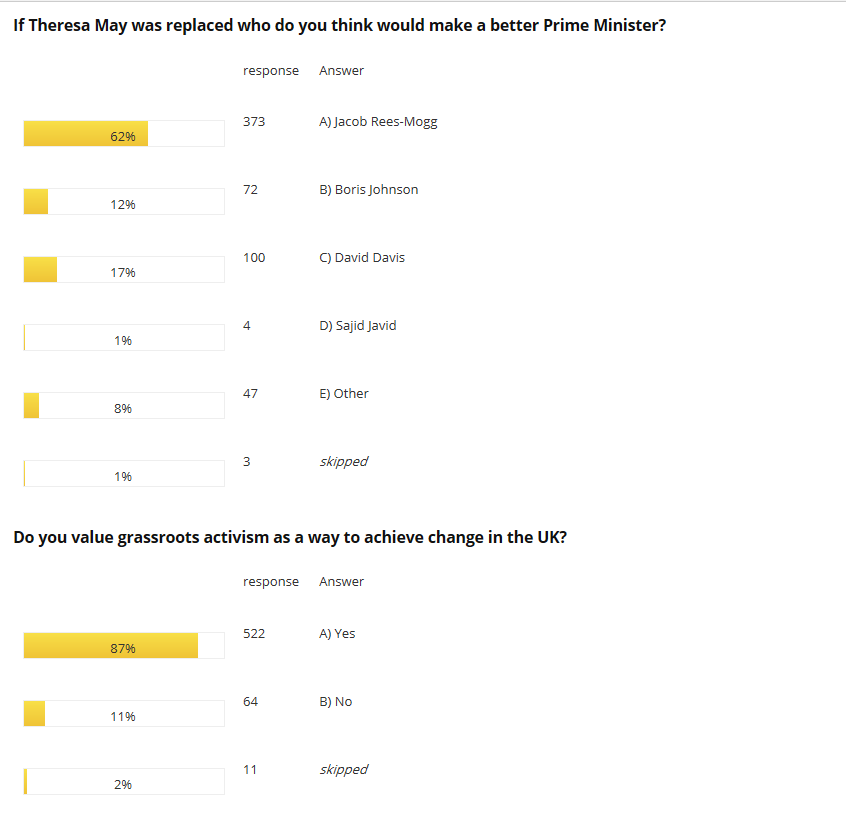 The overwhelming majority of you want to see Jacob Rees-Mogg as the next PM with David Davis, then Boris way back. 87% of you also value grassroots activism like we do at UK Unity so that is pleasing to hear. 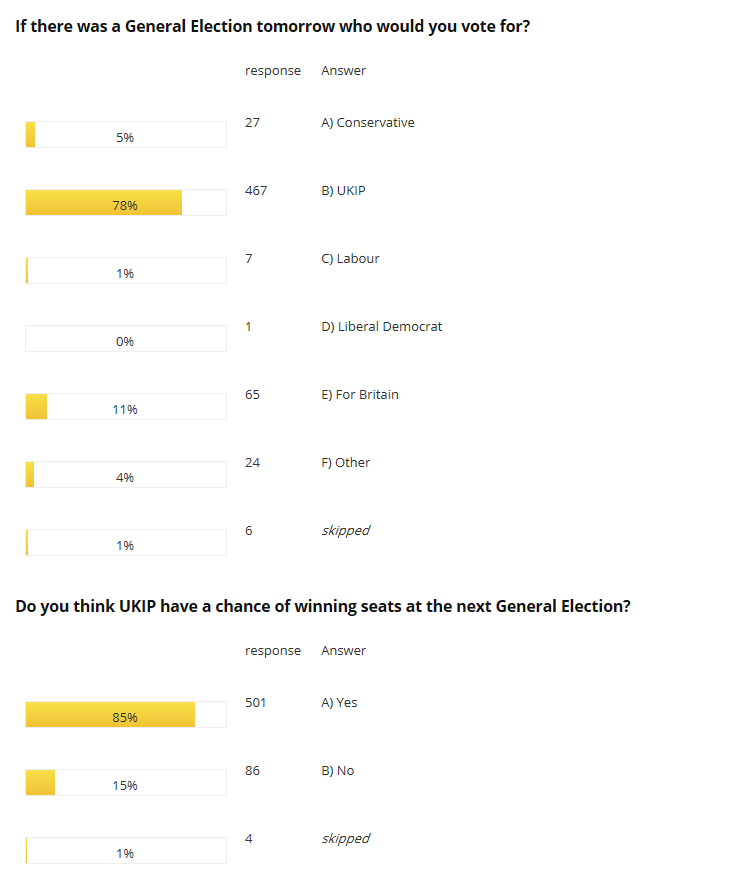 Finally the above answers are massively interesting in showing an incredible move from 60% of you voting Tory to 78% voting UKIP. It also shows a rise to 11% of people voting For Britain which equates to 89% of respondents considering backing an alternative party to the big two. 85% of you are also confident that UKIP can win seats at the next General Election.

In conclusion from what we have seen so far is that you, the people, are disgusted with the Brexit Betrayal of Theresa May and the Tories and are looking to see them punished at the next general election. Our concern is that with the unfair First Past The Post system of voting it may be extremely hard to see alternative parties elected.

Whilst this is only a snapshot of what people think there is definitely a huge move away from the Tories to UKIP. The Tories will argue that a vote for any other party except them could lead to a Jeremy Corbyn Labour government. In many conversations we have had with lifelong Tories there is such anger towards the Tory party and the betrayal of Brexit that they feel that this is a price worth paying and the Tories no longer deserve their vote. This may cool off however in the cold light of a ballot box.

Of course as an entirely non-party grassroots movement we would never nationally advise people how to vote but if there is another election and there are seats where UKIP or another Brexit pary/candidate could beat an incumbent remain supporting Labour or Tory MP then we would wholeheartedly throw our support and campaigning skills behind them.

From the anger that we can sense there is such great displeasure against people like Anna Soubry, Nicky Morgan, Ken Clarke etc that we should campaign to see them lose their seats entirely.

We are planning to arrange a demo for the day of the Brexit vote outside Parliament and will keep you posted on any developments. Any questions or feedback then please let us know. 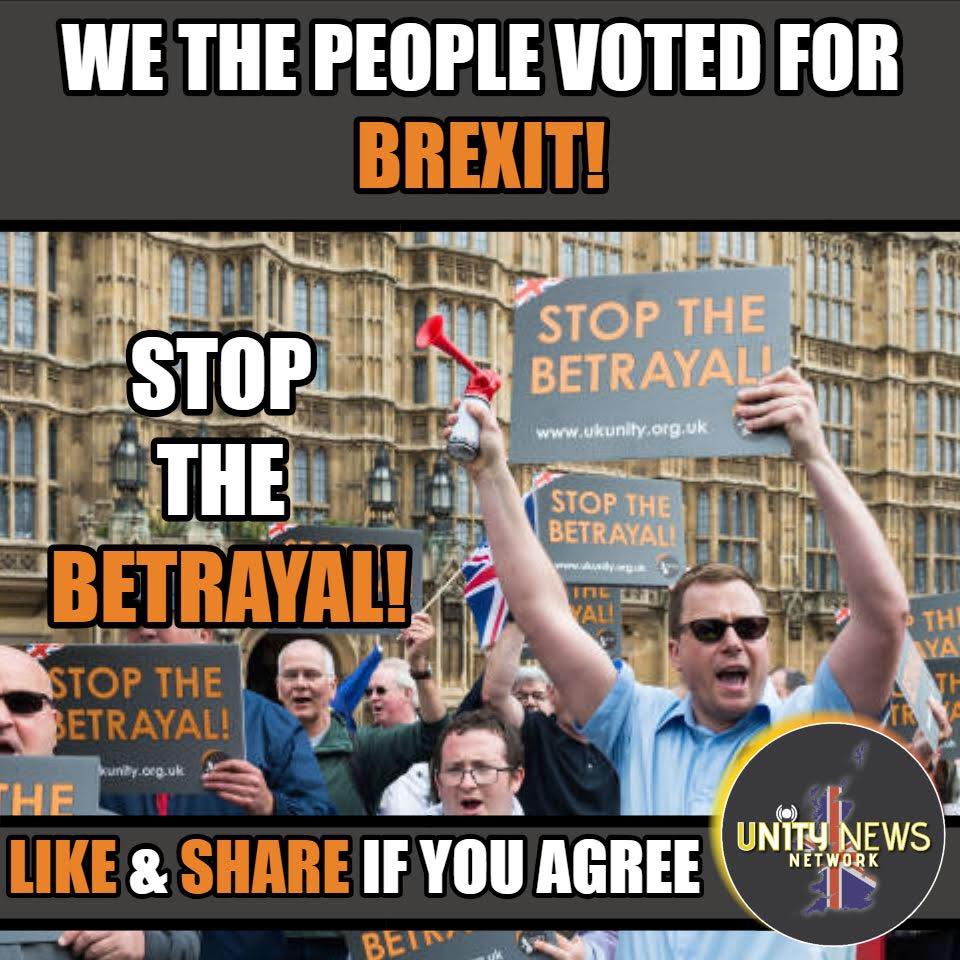 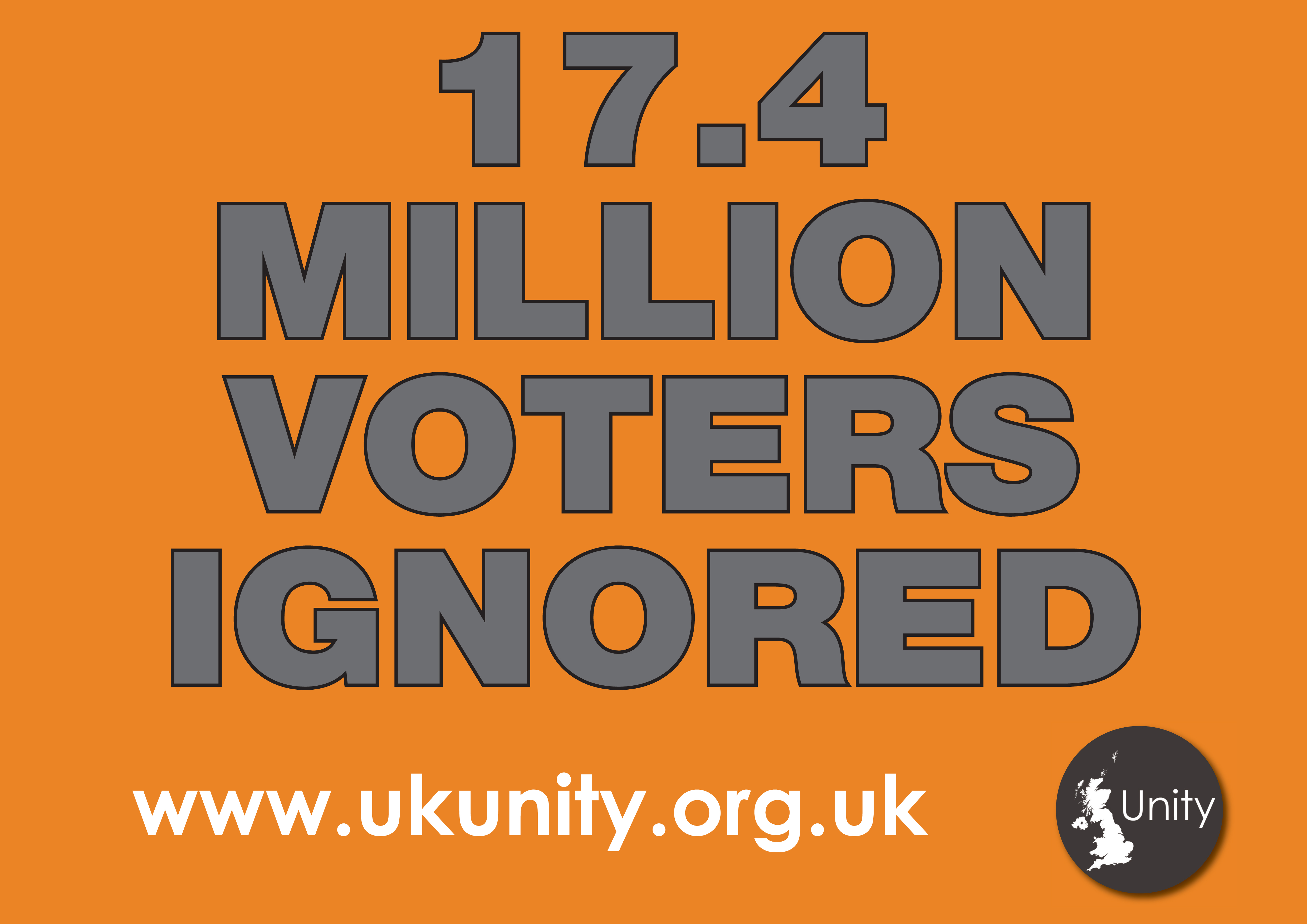