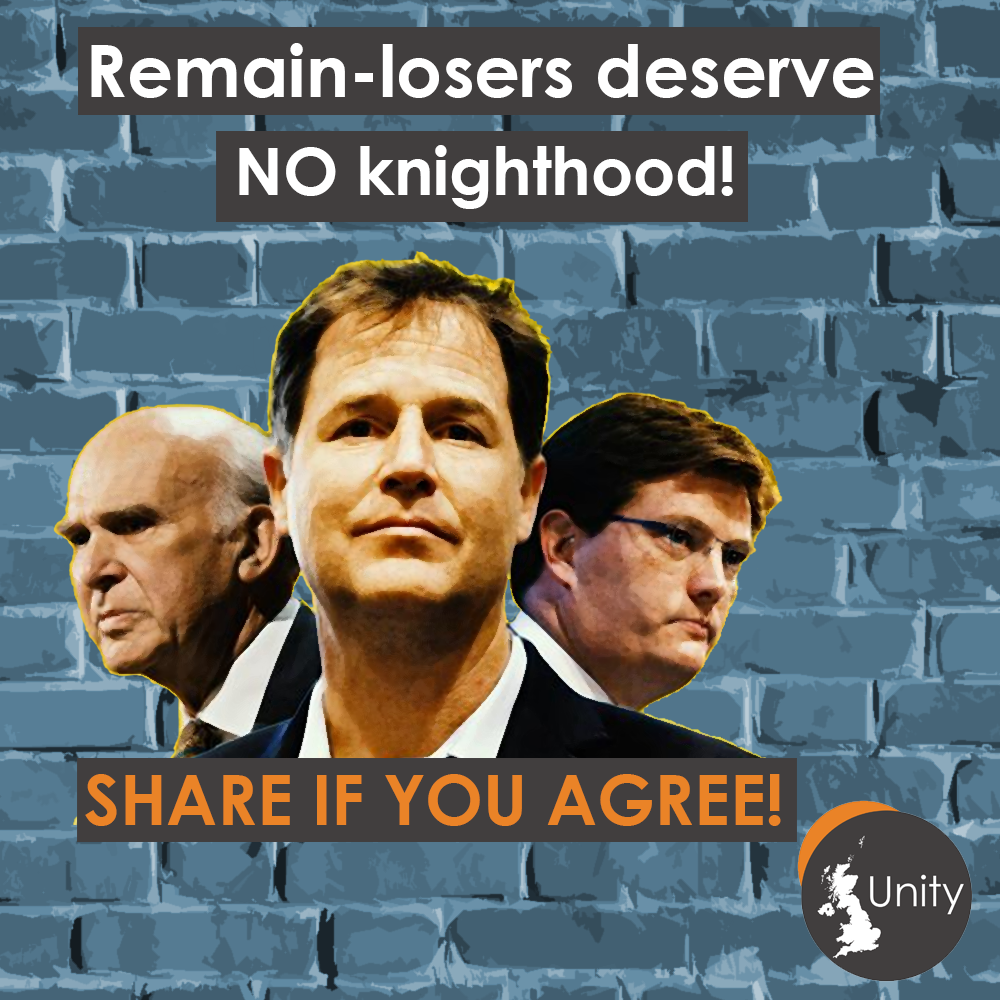 Clegg is among many Remoaners who would like to see the will of the British people ignored.  The people of this country have opted to leave the EU, while people like Clegg attempt to reverse it.  Unity wants to unite the UK, as we leave the EU – and not give them a penny more!

If you agree that Clegg should NOT get a Knighthood, then sign here.

Those who are knighted are supposed to ‘defend the Realm’; well, that is certainly not what Clegg wants to do.  Clegg wants to drive Britain back into the EU against its wishes!

Read: "We Want Our Blue Passports Back!" 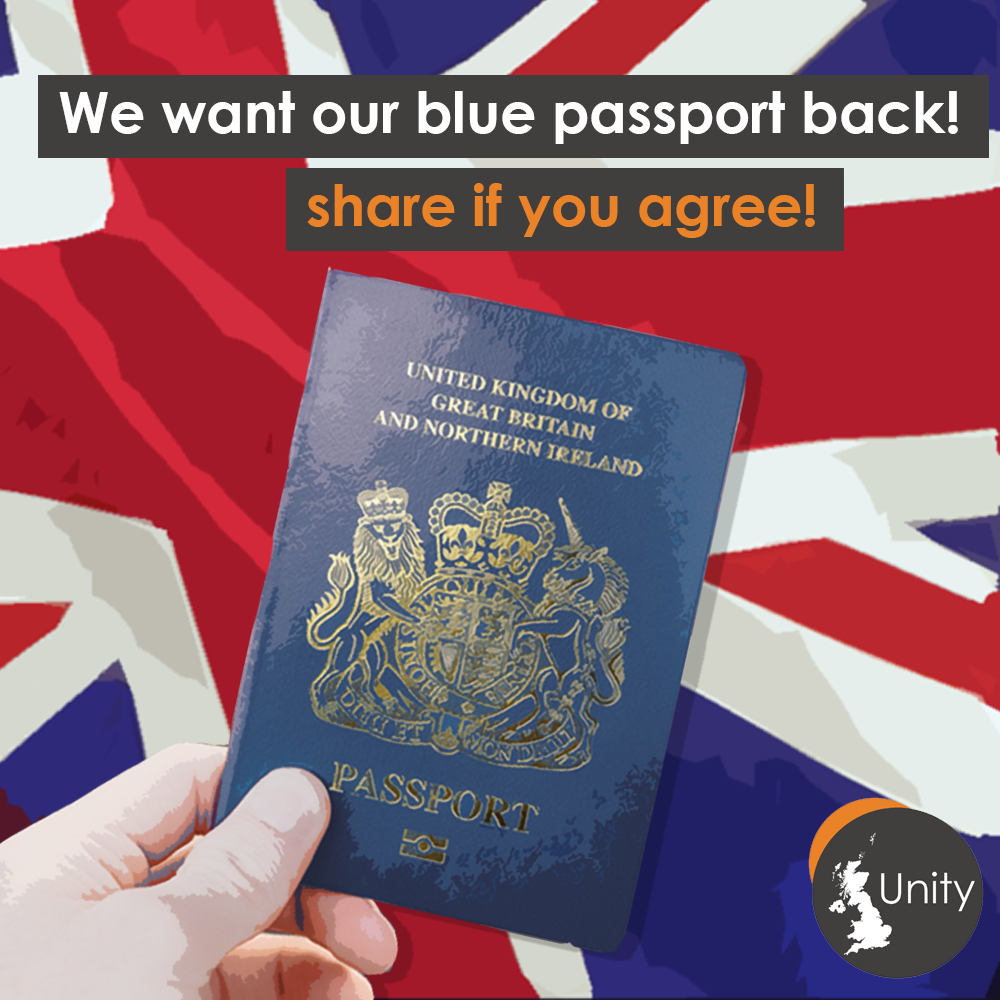