A soon to be broadcast documentary will lay bare the sickening scourge of moped gangs sweeping across the UK. The gangs use Acid to throw on people to daze them leaving them permanently disfigured and they also attack with swords and other lethal objects. Recently even guns and semi-automatic weapons have been brandished at terrified members of the public. 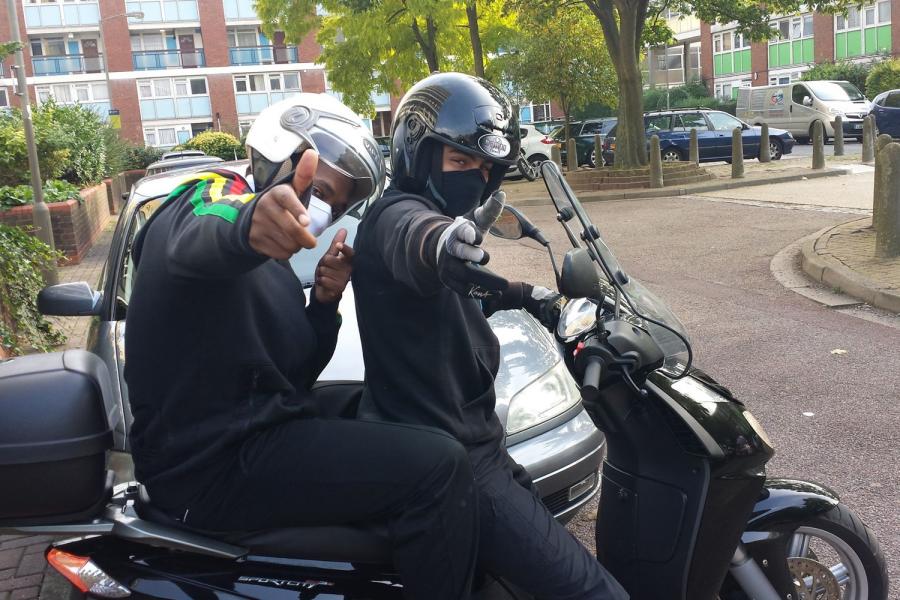 Acid attacks and moped gangs are usually more found in third world and developing countries but with the massive recent influx of migrants and refugees from these countries the culture is now firmly embedded into that of UK life. Mayor Sadiq Khan has come under considerable criticism for not funding the police in London and also the soft touch approach of the police has also been blamed.

Moped & Acide thieves operate up to 54 times a day in London and there are reports of training classes taking place . Scooter crimes are up an unbelievable 1766 per cent since 2014.

In the first 6 months of 2017, there were 8,192 crimes involving scooters nearly more than the whole of 2016. 50,000 offences a year are being committed by thieves on scooters and mopeds in London, worryingly some teenage thieves are being arrested up to 80 times but not sent to jail.

The gangsters wear fearsome masks and go by their street tagos of MrX and TopKat in the interview and then boast about stealing £700 iPhones from innocent people on the streets describing it like "stealing candy from a baby".

"Anything that's not securely wrapped around someone's shoulder or someone's back, it's very easy for us to snatch and take it... we will do what we have to do to get what we are after."

It is a sickening indictment on modern Britain that this is what counts for normal on the streets of our once Great land.

Do you agree our country needs to change direction?

Read: "Ministers and other MP's are not Happy"
Read: "EU Border Chief says more migrants will reach UK via Spain"
Do you like this post?
Tweet