Angela Merkel has launched a blistering attack on other EU countries who are failing in what she calls their "duty" to take migrants and refugees from across the world. Ahead of key EU budget meetings she spoke in the German Bundestag and lectured countries such as Poland and Hungary about what the ramifications will be if they do not take their quotas. 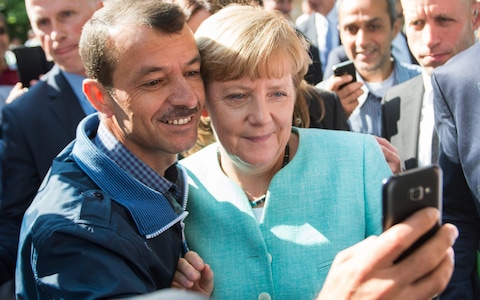 “Solidarity cannot be a one-way street!" Merkel proclaimed and she used this speech to announce her new coalition Government will be one of the most pro-EU ever. This comes despite massive civil unrest in Germany over millions of undocumented refugees in Germany and the rise of the AFD Party which many consider to be an extreme far right party which is ultimately the creation of Merkel's failed and ludicrous policies.

In her biggest threat Merkel made it clear to countries that do not play ball they will have their central EU funding removed: “With the distribution of structural funds, we must ensure that the allocation criteria in future reflect the engagement of many regions and municipalities in absorbing and integrating migrants.”

This has caused massive consternation across Europe that Merkel is dictating to countries what they can and cannot do or they will be threatened financially. Germany is not afraid to show its economic muscle to smaller countries that don't do as they say and you only need to look at the punishments inflicted on Greece that is still in a state of economic shock.

“More than ever we need European answers to the pressing, big questions of our time.” Merkel finished with to rapturous applause.

Do you agree we need to leave behind the madness of the EU?

Read: "TV license fee to INCREASE even further this April"
Read: "Blair backs Tory Rebels in bid to BLOCK Brexit!"
Do you like this post?
Tweet