In results that the EU establishment feared but did not expect, populist anti-immigration parties have wiped out the established order within Italy that could potentially now see Italy next in line to hold a referendum to Leave the EU. The Five Star Movement founded by comedian Beppe Grillo is set to take up to 33% of the vote up from 25%. Whilst The League led by Matteo Salvini saw its vote share increase from 4% to 17%. 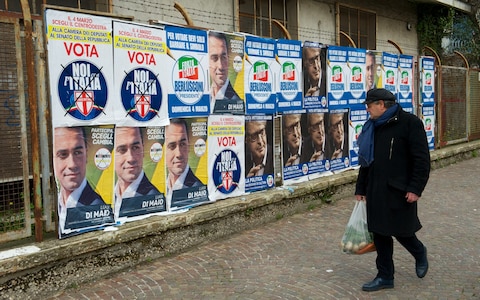 The Democratic Party led by former prime minister Matteo Renzi, performed terribly with exit polls suggesting it won less than 20 per cent of the vote which is the worst result in the Centre-Left parties history. It looks to have been hit hard by voters angry at high unemployment, a struggling economy, rampant corruption and 600,000 migrants arriving by boat from Libya in the last four years.

Former controversial Prime Minister Silvio Berlusconi's right-wing coalitions looks likely to gain the most seats in the lower house of parliament and this includes The League party. Over 50% of the vote went to the anti-Establishment parties.

Whatever happens the complicated Italian Election system will not see a Government formed for many weeks and months and the uncertainty will cause a headache for the Brussels Elites in relation to not only the future of the Euro but the EU itself!