A man has been charged with attempted murder after a car was driven into Blake's nightclub in Kent. At least 13 people were injured when the Suzuki Vitara was used to attack at 23:50 GMT on Saturday. Seven people were taken to hospital, three with serious but not life-threatening injuries according to Kent Police. 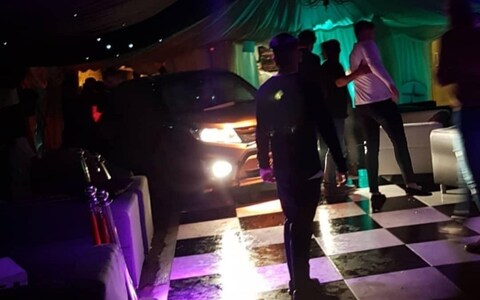 The suspect has been named as Mohammed Abdul aged 21 from London. As has been noted the use of vehicles to kill or maim is a well known tactic of ISIS and other terror organisations. The initial story put out was that it was a 'disgruntled' party goer who had been turned away.

Read: "Brexit could be stopped because of Russia Chemical Attack!"
Read: "MADNESS- You will never guess what the PC Brigade are saying is racist now?"
Do you like this post?
Tweet