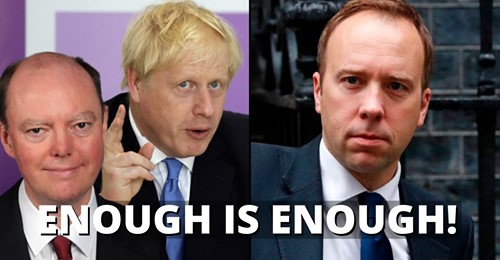 A prominent group of Conservative MP's have set out a plan saying ALL Coronavirus restrictions must be removed by the 1st of May which we fully support. We must say NEVER AGAIN to anymore lockdowns no matter what the circumstances.

We also say an emphatic NO to Vaccine Passports that are discriminatory and against the Nuremberg Code!

Sign Below Now if you agree that life MUST get back to normal by the Summer!