Germany's largest banking institution that is responsible for hundreds of billions of Euro's has recently failed banking stress tests and is undergoing massive upheaval within the boardroom. The position of John Cryan, the bank’s British chief executive, looks threatened by his rivalry with the bank’s Austrian chairman Paul Achleitner. 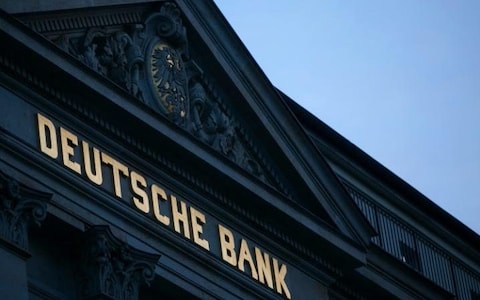 Insiders say Cryan will be fired before the bank’s annual meeting taking place on May 24, as the company has already started looking for a new chief, he said: “There is no way he will make it to the AGM.” The bank has been performing terribly lately due to the lack of leadership as well as the continued uncertainty around Germany and the future of Europe.

In the last few months Deutsche has suffered significant annual losses, suffered further declines in investment banking revenue and dropped its 2018 targets for cost-cutting. Merkel has insisted that she will not bail out any banks even though it could plunge Germany and the Eurozone into a severe recession but if a bailout was given then the knock on effects to the already fragile Euro could be cataclysmic.

Deutsche Bank is so at risk of a default that its situation has been compared to the one of the banks of less rich EU state members such as in Portugal or Italy. Holger Zschäpitz, who is a German financial expert has said the bank’s default risk was now the highest in the continent as the former powerhouse struggles to raise enough cash to get through each month and is worse than even the basket case UniBank in Italy!

Many are saying this is justice for the way in which Germany treated the smaller Eurozone countries like Greece by introducing crippling debt repayments and ruining the economies of these countries where youth unemployment and civil upheaval are rampant. Merkel struggled to cobble together a fragile coalition with the SPD and this is always at risk of falling apart.

Do you agree we need out the failing EU now?

Read: "BLOODSHED on the streets of Khan's London! Murders rocket in last 10 DAYS!"
Read: "First our passports going abroad now Big Ben... DISGRACEFUL!"
Do you like this post?
Tweet