Families left devastated because of this COWARD!

The families of George Wilkinson, Josh Mcguinness and Harry Rice have called for the drink drive killer of the boys to never be allowed out of prison for what he did. They were walking to a 16th birthday party with their full lives ahead of them when Jaynesh Chudasama aged 28 in his powerful Audi A5 tried to overtake another car in West London.

Chudasama was two and a half times the legal limit for drink driving and had traces of cannabis in his system when he lost control of the car. Emergency services rushed to the horror scene but they could not be saved. Chudasama and his passenger abandoned the car and ran away but were chased by the victims' friends and dragged back to where the boys lay dying.

Chudasama who now has a long beard admitted three counts of causing death by dangerous driving in court last month. The boys parents labelled the defendant a 'coward' for fleeing the scene and leaving the boys to die in the road.

Josh's mother Tracy Blackwell told him: "You are going to rot in hell, mate."

George's mother Sarah Baker said: "That awful night my son was taken from me will stay with me and haunt me for the rest of my life." 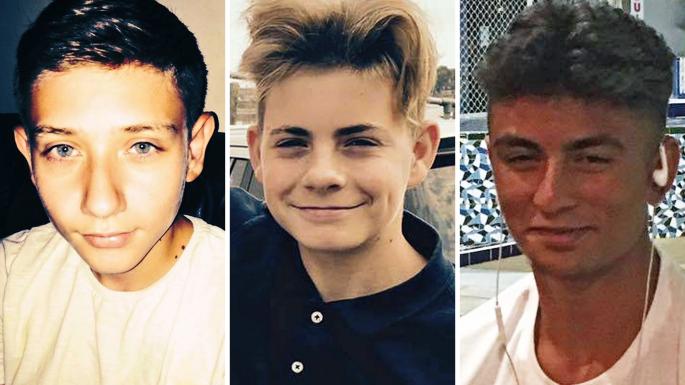 The passenger later handed himself in to police and was arrested. Chudasama has been jailed for 13 years but could be out earlier on parole.

Read: "Who is behind these terror threats to our Schools?"
Read: "GINA MILLER in outrageous new scheme to halt Brexit!"
Do you like this post?
Tweet