We owe Europe nothing! 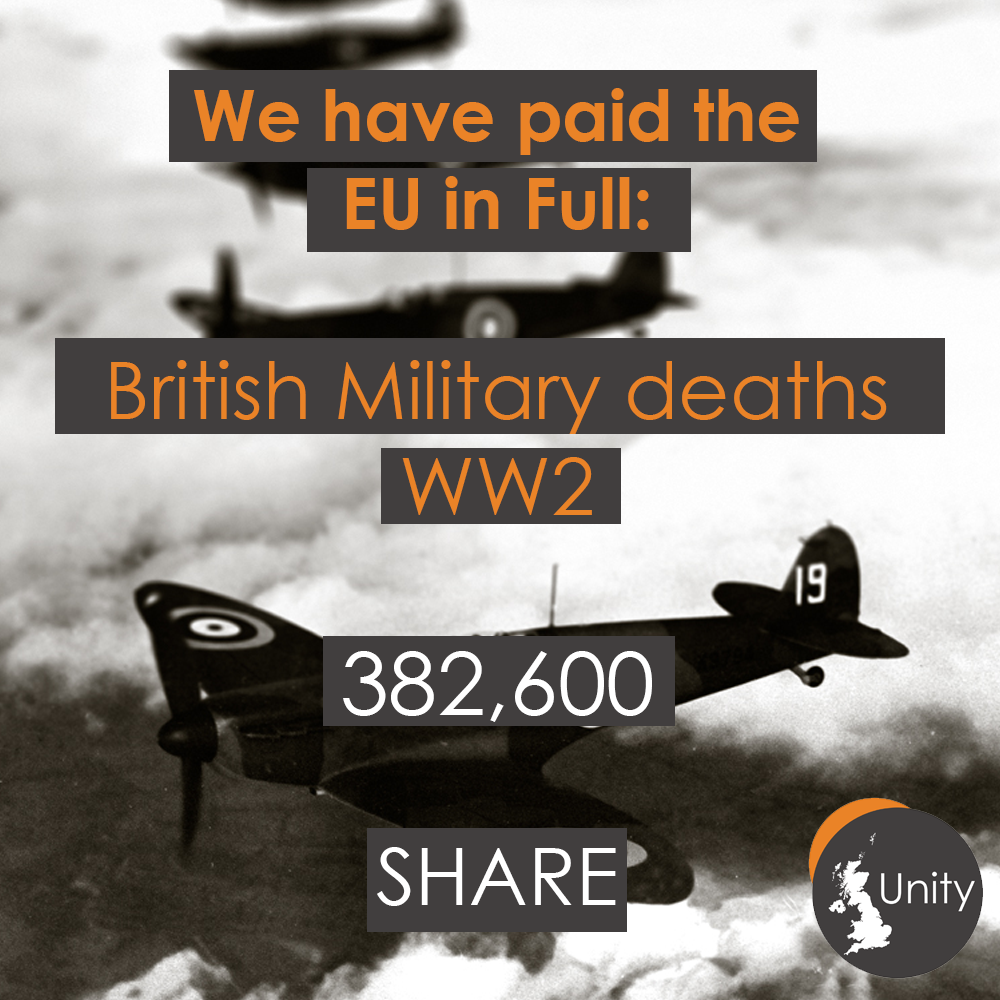 The European Union persists on trying to suck out every penny they can get from our country, to keep their failing Union afloat as we leave and venture out into new opportunities, globally as a thriving nation.

The United Kingdom has paid its due to Europe through two consecutive World Wars, standing alone in the face of Nazism while Europe collapsed, Britain stood alone – facing economic turmoil and bloodshed; all in the name of ensuring European freedom...

Jean-Claude Juncker, President of the European Commission insists “we have to pay” – and he doesn’t mean a small sum, he wants us to surrender billions to the European Union before we leave it.

The United Kingdom as the 5th largest economy in the world, we buy more from the EU, than we sell, they need us, more than we need them.  We are not a beneficiary of the European Budget; in fact, the UK gives out more cash to the EU, than we ever get back, that’s including the rebates we receive.

The EU somehow gets away with dishing out the UK’s money and giving it back to us as “regional funding”.  The EU takes our money, gives us little back and calls it theirs – and when they fund a European Project in the UK from their development fund, they put a big EU plaque up proclaiming it as EU money! – it’s our money, we pay in more than we get back!

The British people are fed up of the European Union asking for more and more money.  It is time our MP’s stood up to these leeches, told them where to sling their hooks – Britain is going to leave the EU, deal or no deal, we shall prosper as a strong country.

There is no doubt that majority of this country want to see Brexit delivered, and delivered fully.  That’s why Unity wants to ensure that Brexit is fully delivered, and that MP’s do not betray the will of the British people.  I support Unity because they are saying loud and clear that the British people will not stand for anything other than the UK fully leaving the European Union.

This is a guest blog by Adam, Cardiff.

Read: "A time for Unity" 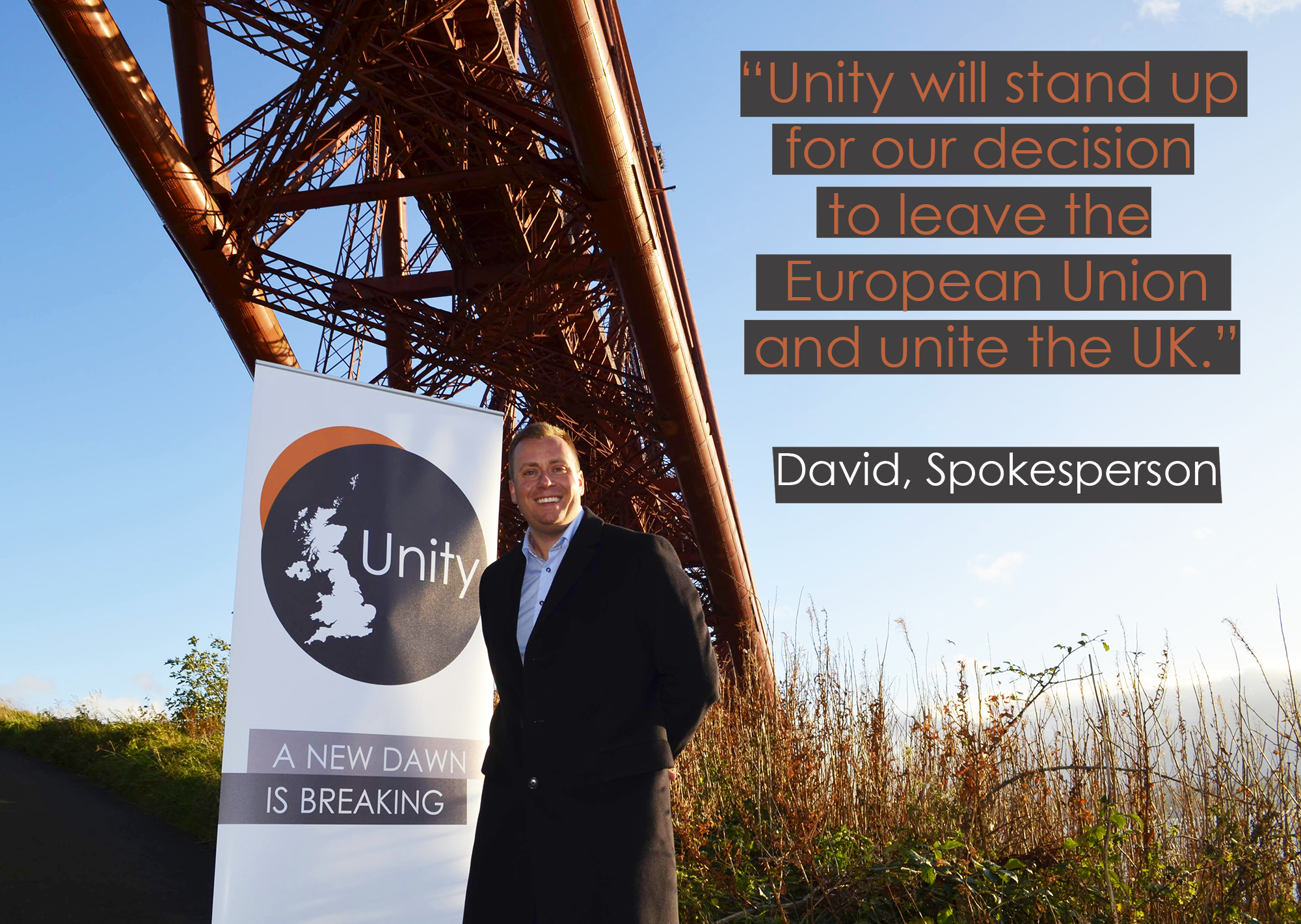 Read: "The Appeasement of Separatists Must End " 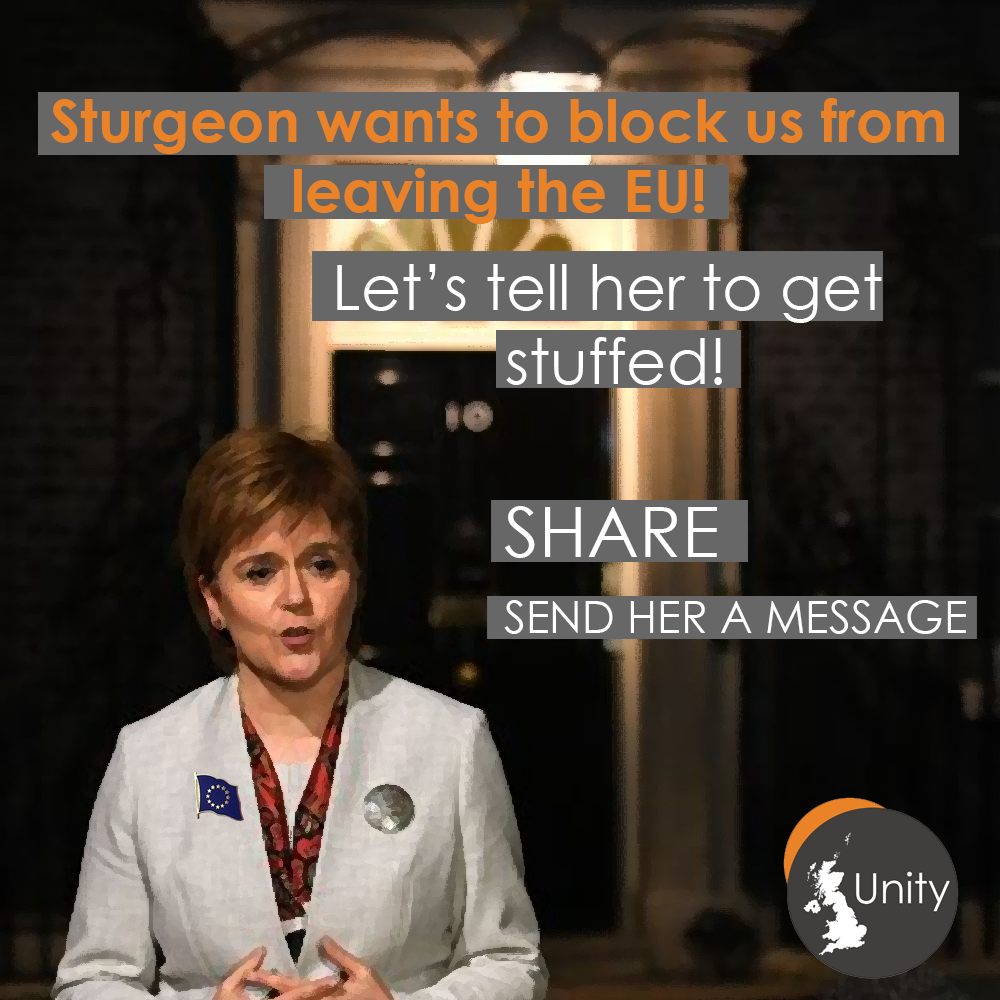