According to his Wikipedia entry the MP Dominic Grieve has a net worth of £3.1 million pounds. His biggest donors to date have been from 'The Conservative Friends of Pakistan'. He was educated at a French School in London the Magdalen College in Oxford, has properties in France and has been in receipt of the Legion of Honour from France.

Grieve has of course been a vocal opponent of the democratic decision to leave the European Union and this week he is proposing an amendment that will allow Parliament to 'take control' of the Brexit process. The leaked amendment is as follows:

As an Amendment to the Motion tabled for the purposes of section 13(6) of the European Union (Withdrawal) Act 2017
Leave out from “House” to end and insert “believes that [INSERT DECLARATORY WORDS RELATING TO NEED TO PREVENT NO DEAL BREXIT), and orders accordingly that — (1) On [DATE OF SUBSEQUENT SITTING DAY TO BE INSERTED] —

(a) Standing Order No. 14(1) (which provides that government business shall have precedence at every sitting sa. as provided in that order) shall (subject to paragraph (e)) not apply;

(c) that motion may be proceeded with at any hour though opposed, shall not be interrupted at the moment of interruption, and, if under discussion when business is postponed under the provisions of any standing order, may be returned, though opposed, after the interruption of business; and Standing Order No. 41A (Deferred divisions) will not apply;

(d) at the conclusion of debate on that motion, the questions necessary to dispose of proceedings on that motion (including for the purposes of Standing Order No. 36(2) (questions to be put following closure of debate)) shall include the questions on any amendments selected by the Speaker which may then be moved; and

(e) but if no motion which meets the requirements of paragraph (b) is tabled by 6.00 pm on [DATE PRIOR TO INTENDED DATE OF DEBATE), the provisions of paragraphs (a) to (d) shall not apply”

With this means is that if his amendment passes a minority of 300 MPs across five parties needing only 10 Tory votes they would be able to control the parliamentary agenda. This would mean they were then in charge of Government business.

Many people are describing this move as a parliamentary coup against democracy.

STAND UP FOR DEMOCRACY AND CLICK HERE TO SUPPORT US NOW!

Read: "We are fighting back against the betrayal of Brexit!" 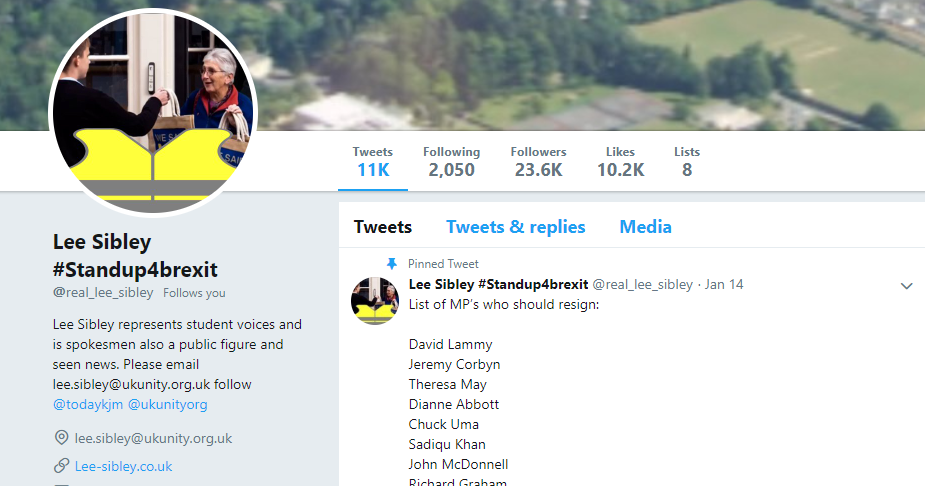