Corbyn was a Cold War TRAITOR!

In a stunning list of secretly revealed documents it has emerged that Jeremy Corbyn, the Leader of The Labour Party and the man who wants to be the next Prime Minister of the UK, met and briefed a Czech Spy in relation to matters of UK National Security. 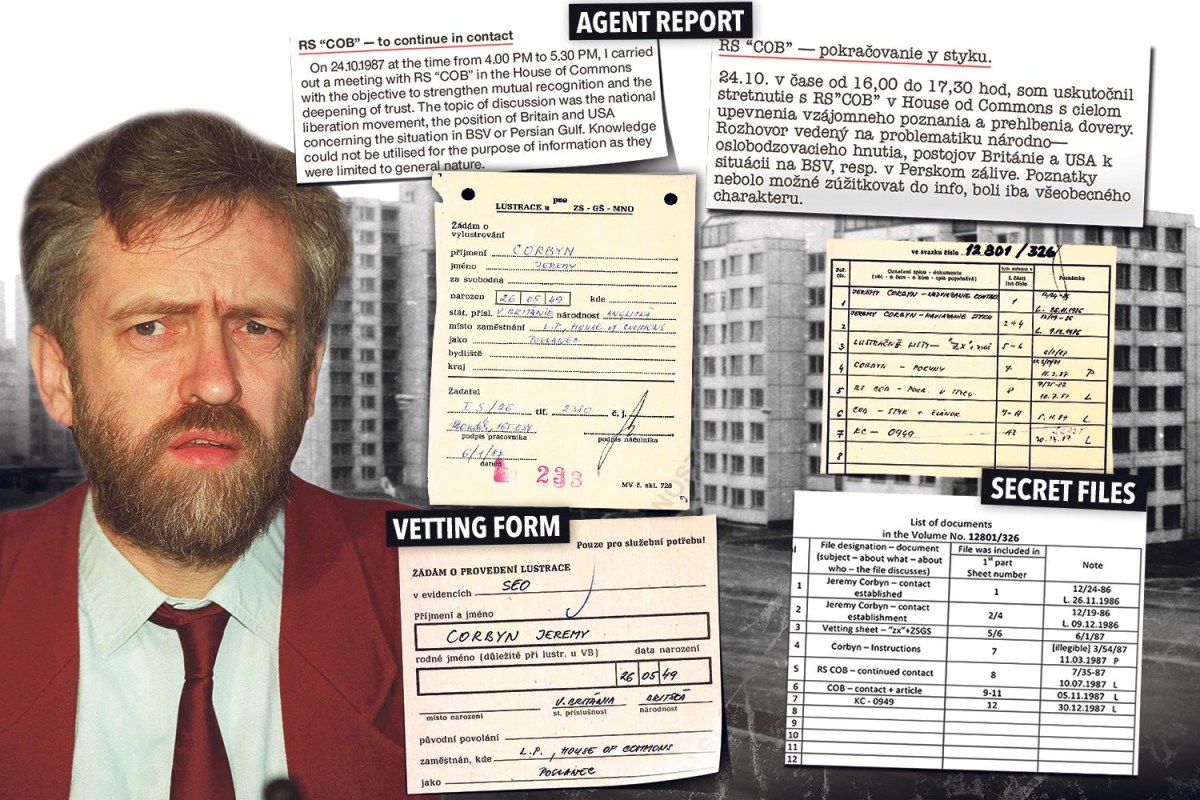 Detailed above are the classified documents which show that Corbyn was vetted by Czech agents and then met one of them at least three times. During the meetings it was revealed that Corbyn warned them about a potential crackdown on spies and Soviet emissaries to London.

Corbyn was given the simple codename Agent COB with reports on him saying in 1986 he was: “Negative towards USA, as well as the current politics of the Conservative Government.” His attitude towards Eastern Bloc countries was “positive” and he was “supporting the Soviet peace initiative”.

Corbyn has dismissed these as a smear campaign and said he never knowingly passed on any information to foreign agents but he has not denied speaking with representatives of the brutal former Communist regimes. Serious questions are now being asked about the suitability of Jeremy Corbyn as an MP and likewise whether he may have committed Treason.