George Soros funded group Best for Britain has stunningly revealed that the UK could potentially stay in the EU due to a loophole in Theresa May’s negotiations it has been revealed. Best for Britain has launched a legal challenge  based on claims that existing legislation means a new referendum will be held if Theresa May proceeds with plans for Britain to remain part of some EU bodies such as the European Medicines Agency. 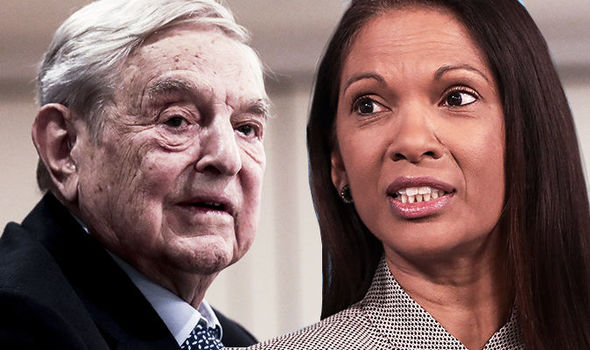 The news comes after the founder of Best for Britain, Gina Miller, argued Brexit will be stopped as support to remain in the European Union has been growing. Miller argues this would represent a transfer of powers to the EU which would trigger a referendum under the 2011 European Union Act.

Best for Britain boss Eloise Todd said: “This is not about Leave or Remain. It’s about making a democratic choice according to our constitution, given that many are worried about Brexit.”

Commentators have noted it was Gina Miller's first successful Legal Challenge that forced parliament to have a final vote on the EU deal and with some of the best lawyers in the land available to them they think their chances of success are high.

Do you agree we need out all of the EU institutions now!

Read: "Hasn't stunning Acid Attack model Katie Piper suffered enough?"
Read: "Political Correctness in the UK is out of control!"
Do you like this post?
Tweet