A BBC presenter has told MPs she attempted suicide due to the stress over the corrupt agreement by which she was hired. The anonymous presenter was among TV and radio personalities who appeared before a parliamentary inquiry that they were forced into setting up personal service companies (PSCs) which the taxman have since declared as illegal. 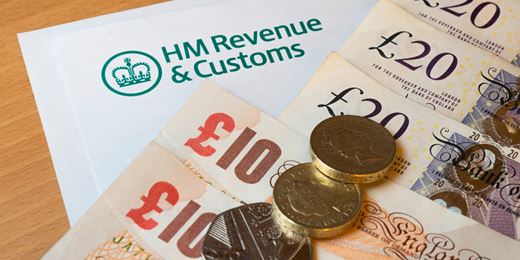 The BBC announced a new independent dispute resolution process which might lead to it paying a share of historical bills that could end up costing the taxpayer millions the BBC does not have.One female radio presenter told the committee she felt forced to set up a PSC in 2011 despite losing out financially as a result. When scandal over the payments blew up in 2017, she said she then had to work on three-month contracts with 'no sick pay, no holiday, no permanent contract' opposite a better-paid male staff member who still had all those benefits.

“I have been paid too little due to the use of incorrect tax codes, been subject to clawback, received no information for months on end as to what I was going to live off . My mental health deterioration is absolutely linked to the increased stress of working for the BBC. I have always loved working for the BBC but the way they have behaved has reduced me to more than tears.” She then said she had recently attempted to kill herself.

One presenter said she was told she had to set up PSC in order to be employed after maternity leave, only for HM Revenue & Customs to rule she was an employee of the BBC and she is now faced with a crippling bill for tens of thousands of pounds in employer’s national insurance contributions.

“The way the BBC has employed me has meant I have lost out on a life-changing sum of money, but it is the emotional cost which is more concerning. Life-altering levels of stress have affected my family. Over many years I have been utterly let down, and mistreated by the corporation, treated like an alien species because I am a presenter. I am concerned that it has done irreparable damage to me.”

Another unnamed presenter said: “My physical and mental health has suffered and the quality of life with my young family has been impacted. In the darkest of days and the spectre of retrospective action from HMRC hanging over me daily, I contemplated taking my own life.”

The BBC announced on Monday that the Centre for Effective Dispute Resolution would conduct an independent process under which presenters would be able to ask for a review of their cases and decide whether to contribute payment towards these cases.

A spokesperson for the BBC said: "We have always tried to balance our responsibilities to presenters with our responsibility to spend the licence fee appropriately. The BBC is aware that there is a very high hurdle where public money is concerned and the whole purpose of the work is to inform and advise, so we cannot prejudge the outcome.

“The process will only consider whether the BBC should contribute towards demands for employer’s national insurance contributions, not demands for other taxes which individuals are liable for.”

Sick of the corrupt biased BBC? Sign up here now!

Read: "Find the SCUM who killed this poor wee girl"
Read: "BREAKING- 2 year old Kaia Moore died in tragic ACCIDENT not theft!"
Do you like this post?
Tweet