Dr Martin Griffiths is a well known and respected consultant surgeon at Barts Health NHS Trust. He has recently said that soaring knife and gun crime has resulted in London 'looking more like South Africa, or inner-city U.S.' Likewise he has also said that colleagues of his who have been abroad in wars have said his hospital is now reminiscent of a 'War Zone!' 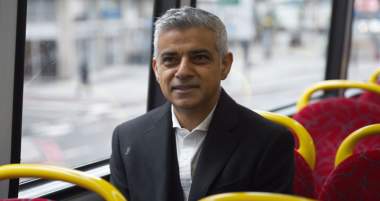 His latest predictions about the summer however are set to send a chill down every Londoners spine and also those across the UK concerned about the nation's capital. Dr Griffiths said: “If it was hot weather right now, it would be carnage. When it gets a few degrees warmer, it’s going to be taxing. It’s going to be difficult.

“Every day an ambulance rolls up with a kid who has been stabbed. That can’t be right. We’re not at war. You’re sitting there in a resucitation bay at 7.30 p.m. on a Thursday evening. It’s not even dark but you’ve got four children in your bays and you’re thinking to yourself — this is not what I trained for.

I’m a trauma surgeon, not a paediatric surgeon. We’re having to use the skillset that we use to look after adult trauma injuries for kids. That was never part of the deal. But we look after children now — that’s what we do. Welcome to the new normal.”

Over 60 people have died in London so far this year and the murder rate is now higher than that of New York. Many have blamed this on mass immigration from countries where this kind of crime is common and politically correct policing introduced by Sadiq Khan.

Click here to support our campaign against Sadiq Khan and political correctness!