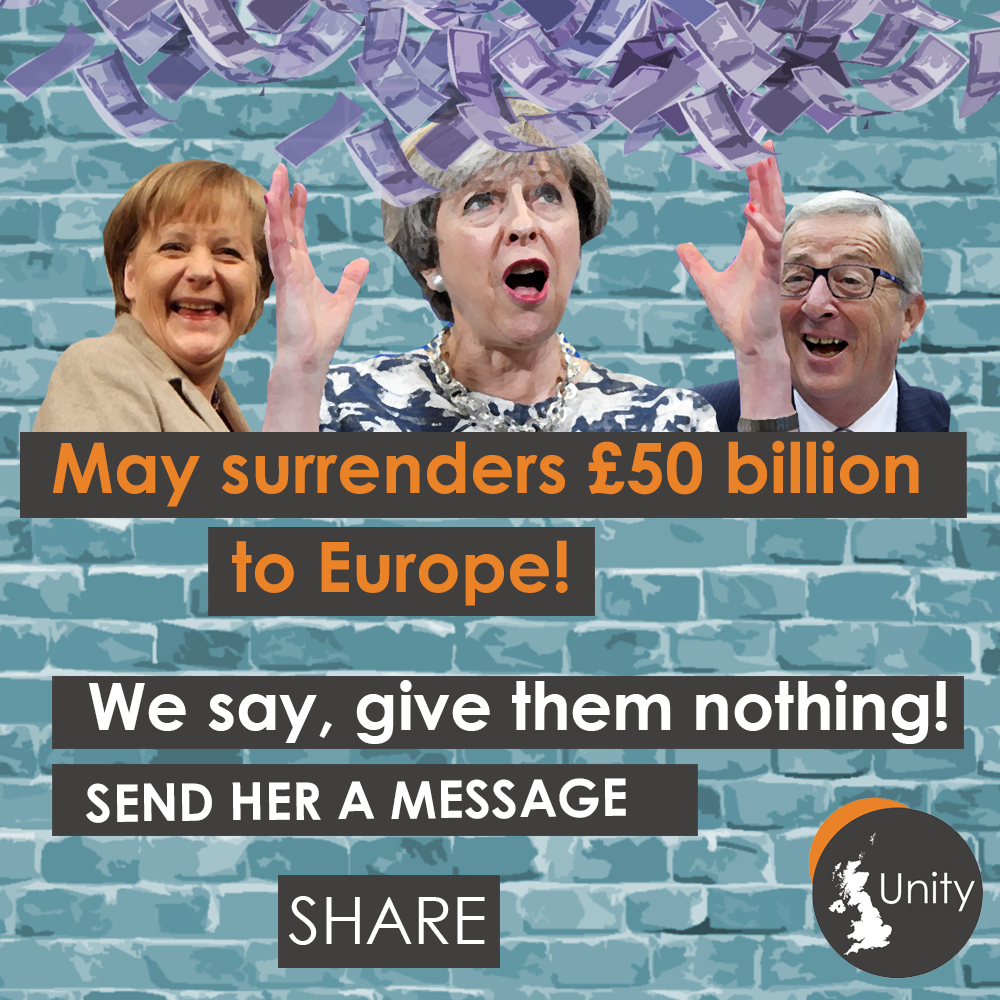 May signalled in her Florence speech in September that our ‘fee’ to leave the EU would be a massive £20 billion, though that sum has now been dwarfed by May now offering the EU more than double that, at a sum of fifty billion pounds – shocking to say the least, but Unity expected no less from politicians that have systematically put their own interests first, before their own country.

Unity is the voice of the hardworking people of this country.  We want to see £50 billion invested into British schools, the NHS and other vital British public services, instead, we will now be funding new schools and roads in places like Romania; let’s improve our own infrastructure, build more schools and fund our NHS at home, not Europe!

Theresa May claims that Britain is ‘obligated’ to pay, in reality; it is because her government promised the EU billions if we left, as an insurance fee.  Theresa May and her fellow Remainer, Phillip Hammond, want to see the UK dish out billions abroad, they hate the British peoples’ decision to leave the EU, and their punishment is to bill the British taxpayer £50 billion.  It’s no surprise that the toff-elite like to look out for themselves, and not their own country.

As mentioned above, it is imperative to spread the message; we want to leave the EU, and not pay a penny more.  Please sign up here if you agree!

Read: "Confronting The EU Elites! "
Read: "A Letter To Theresa May "