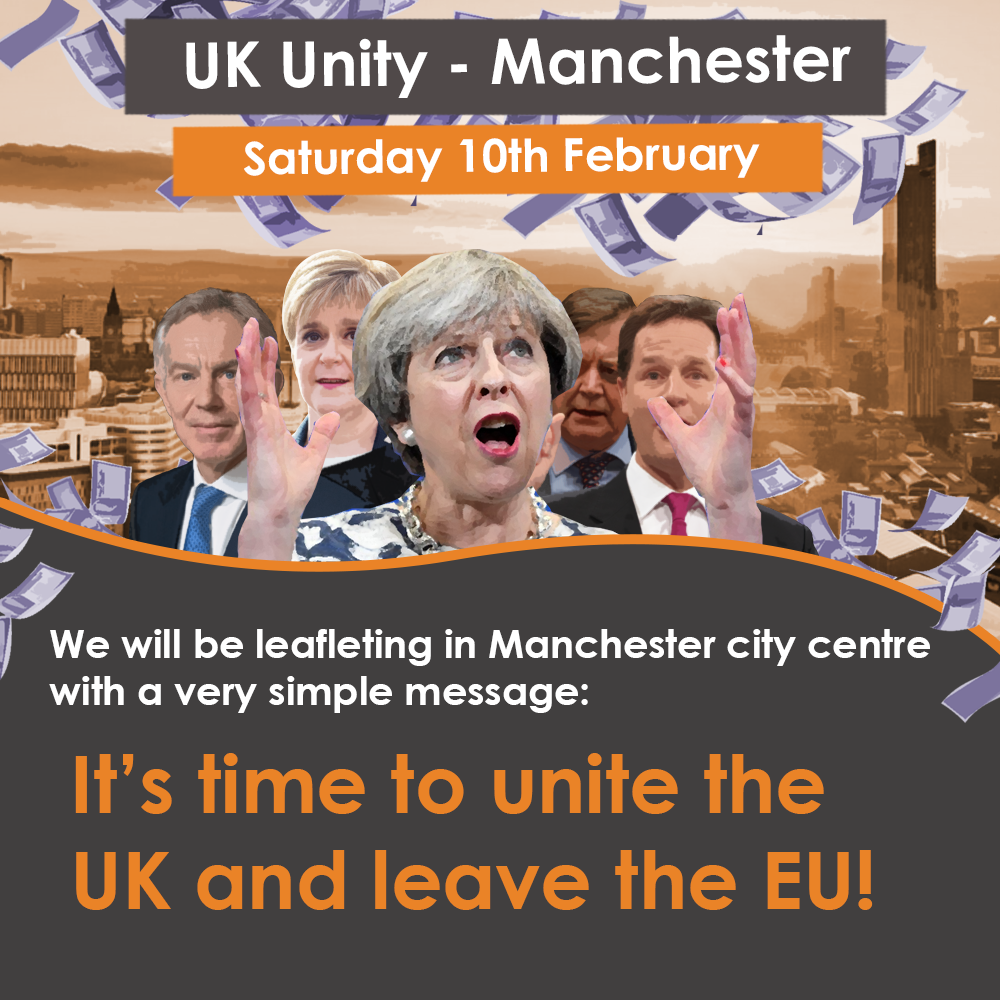 UK Unity will be out in Manchester to deliver a very simple message, it's time to unite the United Kingdom and leave the European Union. If you would like to help out then please contact info@ukunity.org.uk

The EU elite and their friends will NEVER bring us down!

The EU elite and their friends will try and bring us down to the ground.  We believe that the people of this country are resilient to the dirty tricks of the elite and their establishment cronies. 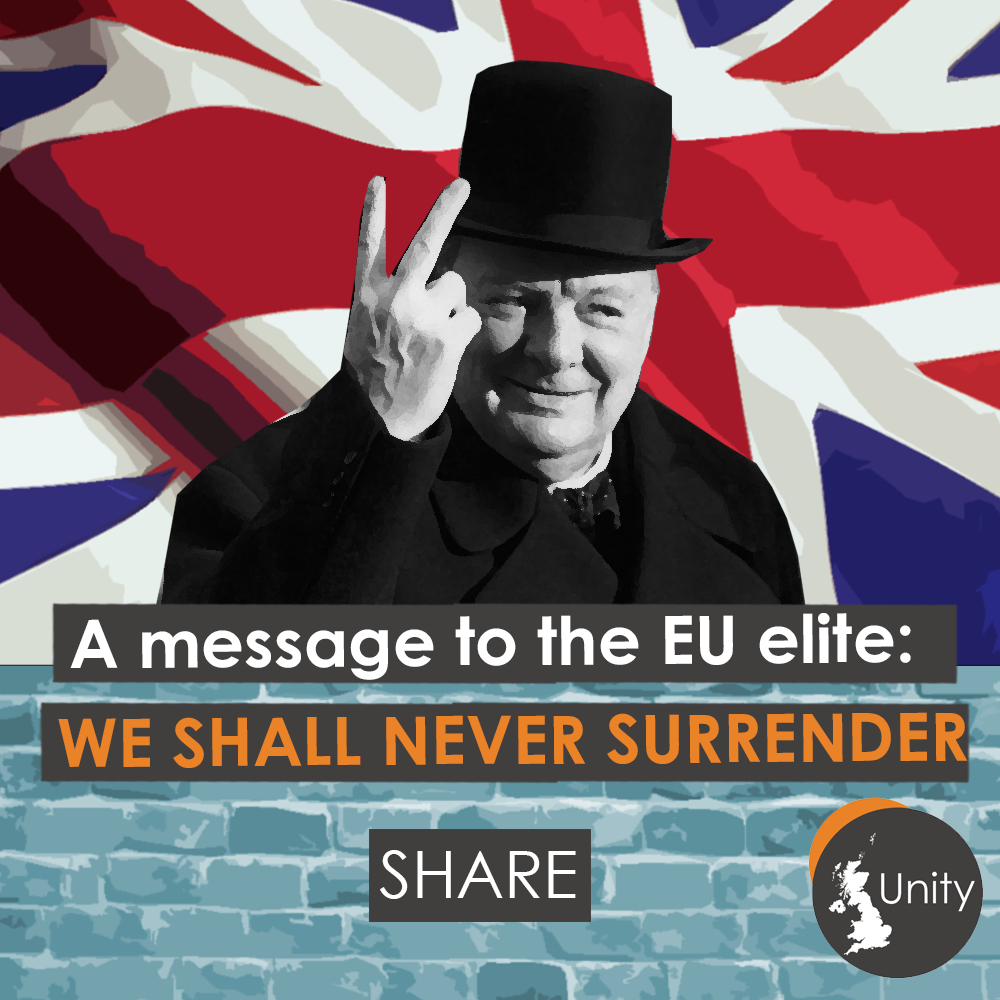 Unity represents the hardworking people of this country, and many of the elites do not like this.  We are a strong and focused campaign, we are going nowhere.

There is an element to the elite that would like to see this country brought to its knees in favour of us staying within the corrupt EU.

There are also elements of the establishment who will use tactics to silence campaigns that push the boundaries of their mainstream boring media, we will not give up.

In the spirit of the great Winston Churchill; we shall NEVER surrender!

The EU withdrawl debate is currently going through the House of Lords and it looks like un-elected remainiac Lords are doing everything in their power to thwart the democratic wishes of the people of the UK.

All of the Lords who are attending as many debates as possible at the moment receive the outrageous sum of £300 per day and they are paid this regardless of the amount of time they spend in the Lords and can get this after turning up for only one hour!

Some of the main figures railing against Brexit are the usual suspects such as Lord Mandelson and Lord Adonis. We at UK Unity will not just sit back and allow these crooks to thwart our democratic will. Sign up here now if you agree! 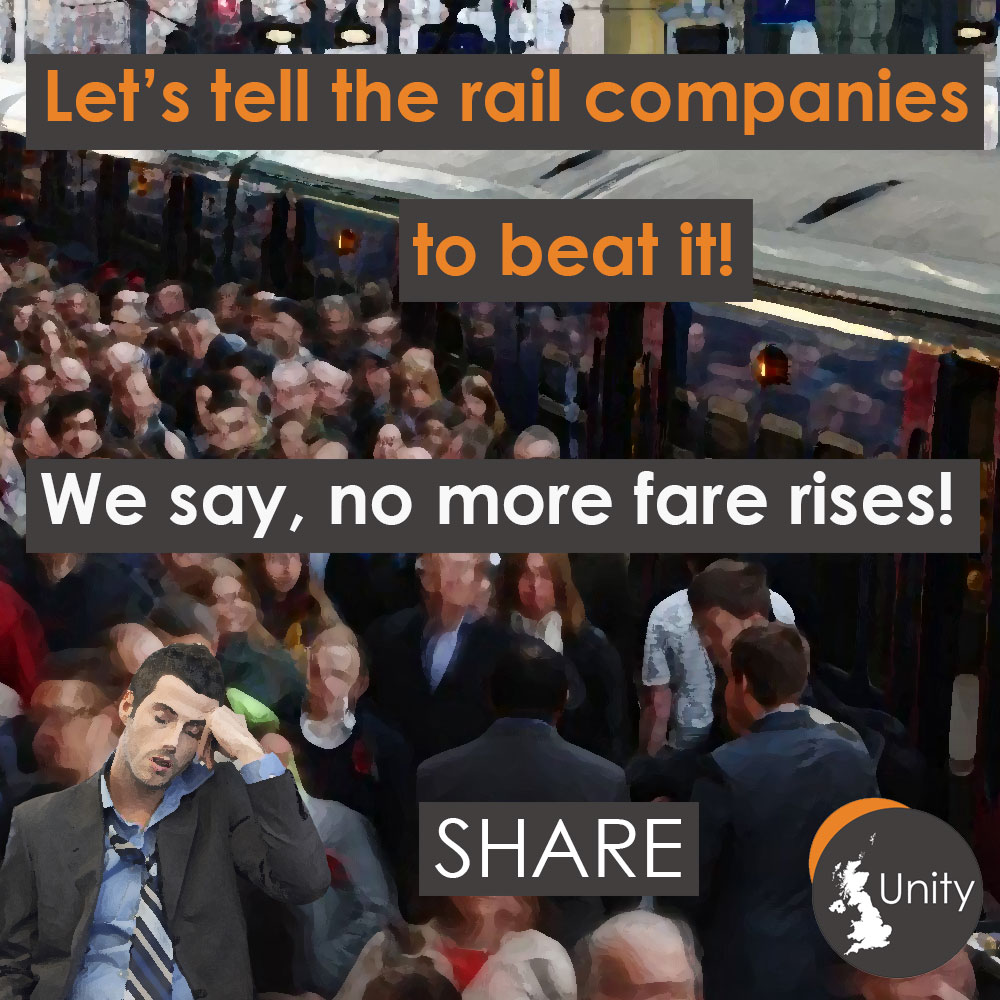 We want the Government to brings these down so that more money can go into the pockets of the hardworking people of this country, and not the rail companies who continue to rip us off! 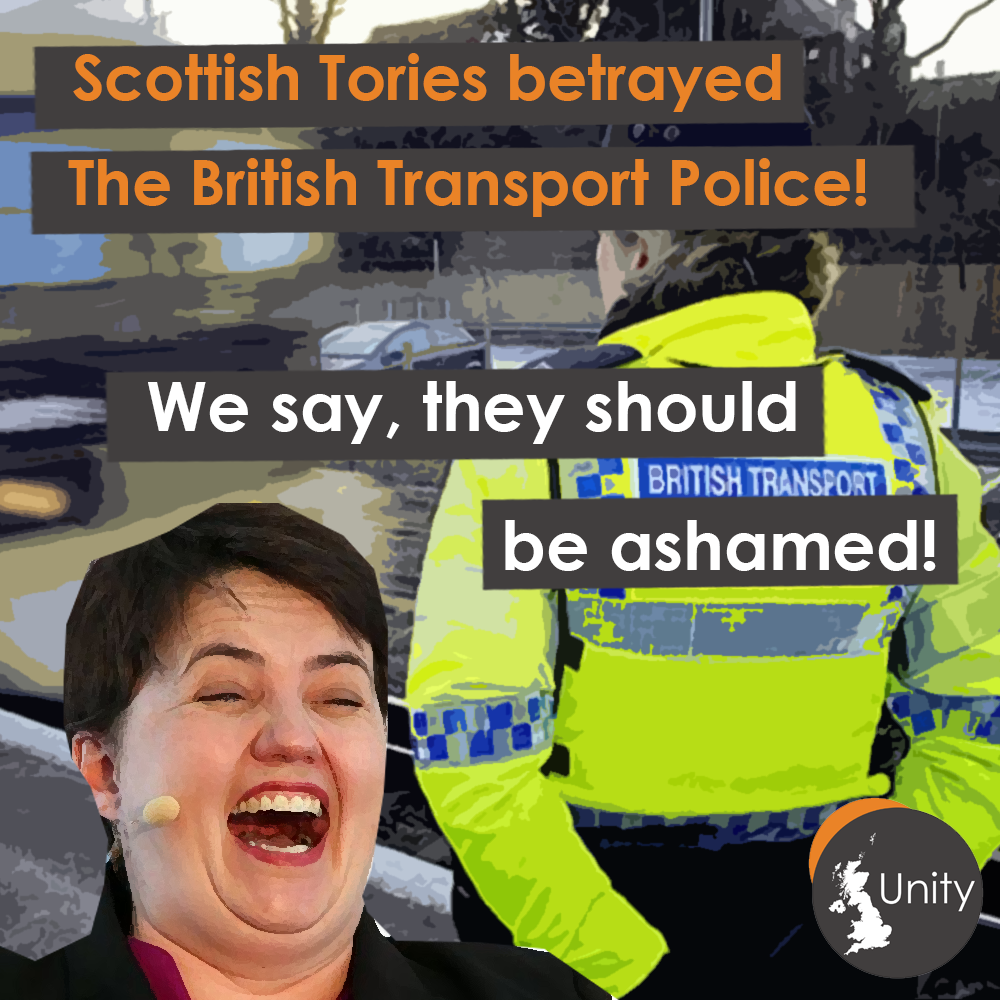 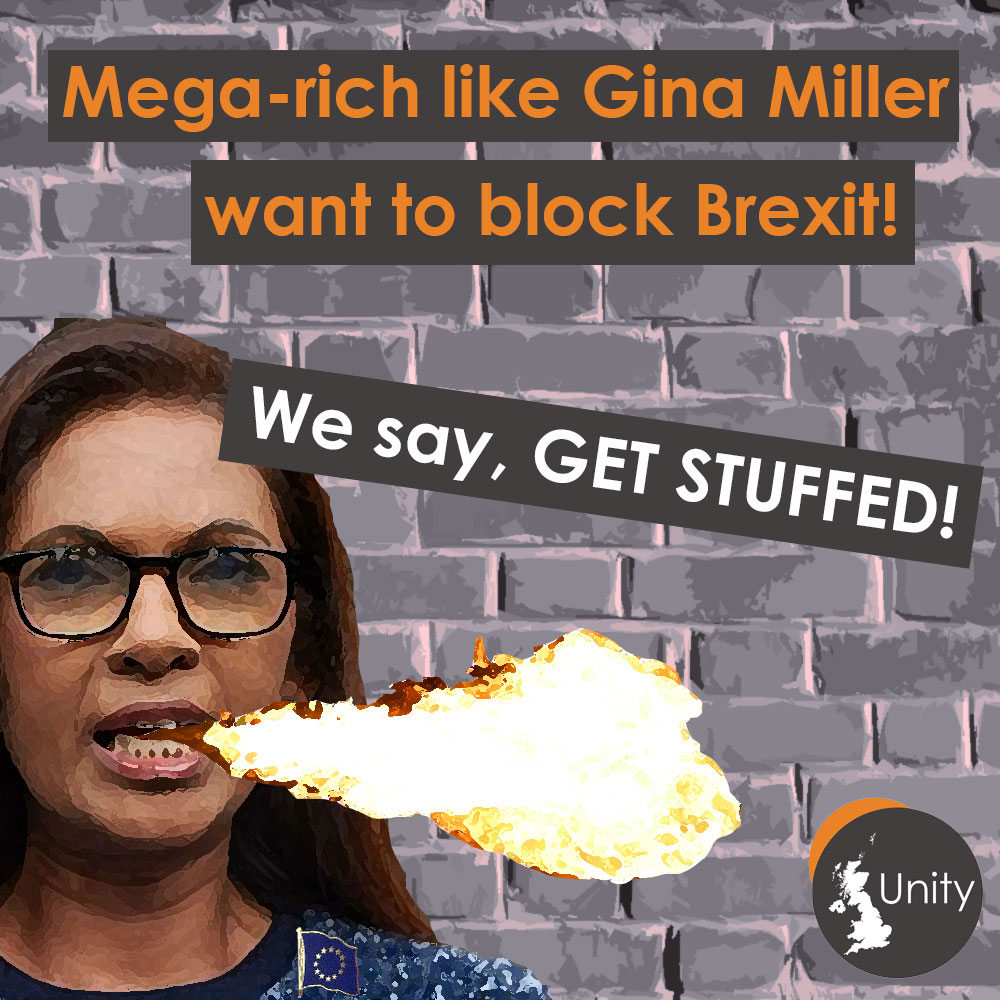 Money to our homeless Veterans - NOT THE EU 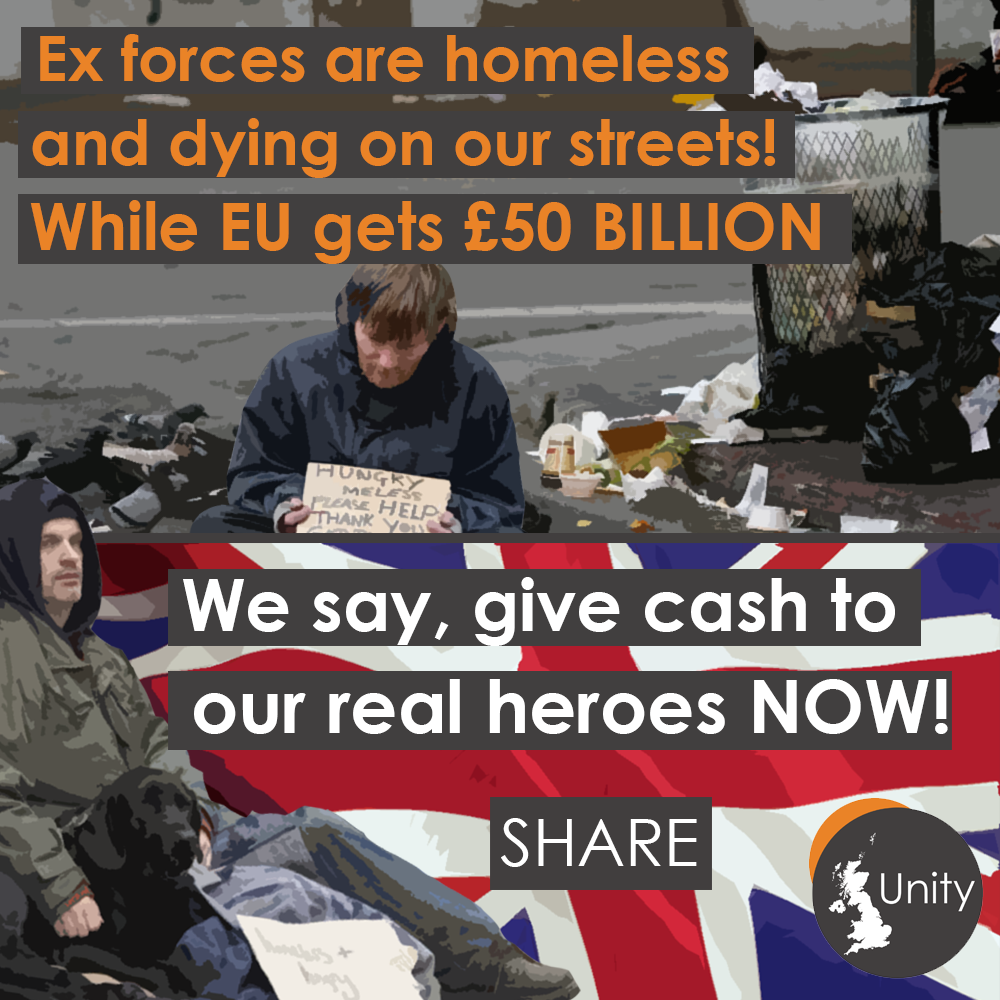 Many Veterans who have given their lives to the United Kingdom are now facing homelessness - we say, give them cash now, not the EU! 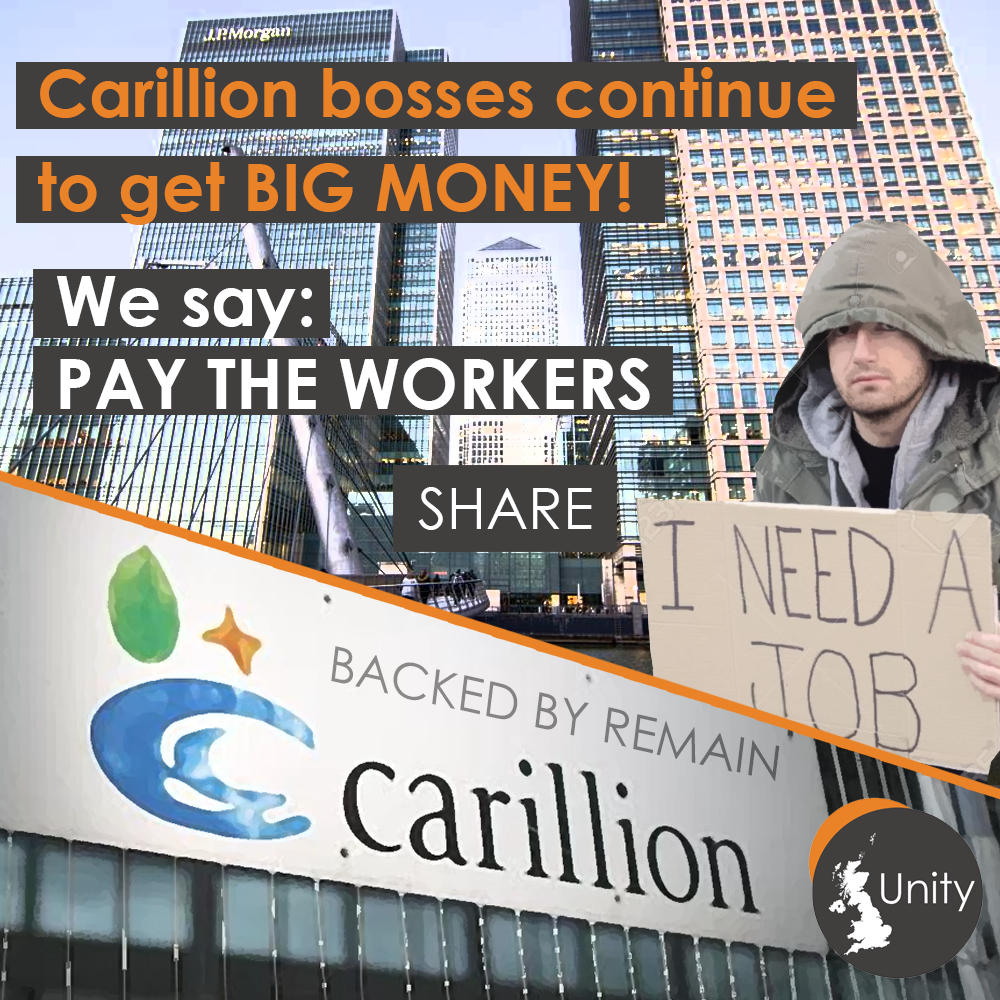 Carillion, a remain-backing company has left its workers out to dry as their remain-backing CEO's pocket hundreds of thousands.  UK Unity represents the hard-working people of this country.  We want to see the workers of Carillion paid what their owed.  It'c clear the EU fat cats only think about themselves.